In 2016 the late Karl Lagerfeld was creative director of Fendi and took inspiration from East of The Sun and West of the Moon, a collection of 15 Norwegian fairy tales. It was first published in 1914 and illustrated by Kay, pronounced kigh, Nielsen. The Art Nouveau/ Art Deco illustrations were what inspired Lagerfeld and they are thought of as some of the most celebrated book illustrations of the 20th century. Proving this, in 2008 an original signed copy of the book sold for the most anyone has ever paid for an illustrated children’s book. “It was in a way the mood of my childhood, the Northern fairy tales.” Said Lagerfeld about why the book’s watercolor and ink illustrations inspired him and made it into Fendi’s 90th anniversary runway show. 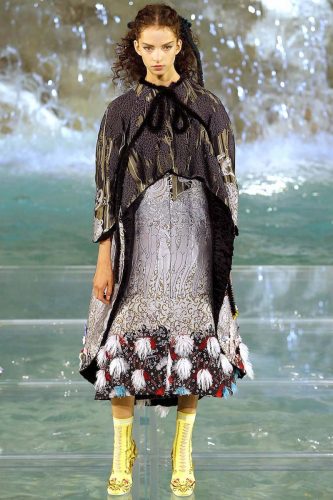 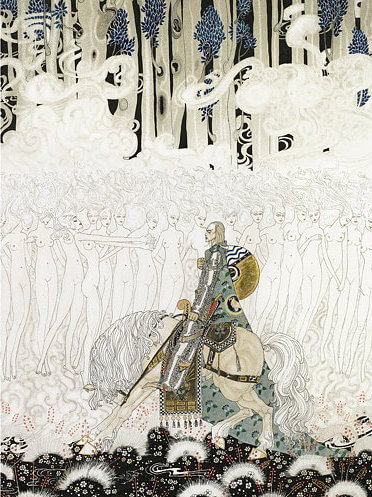 Unlike pictures in many children’s books today, the illustrations are very detailed and deep. Being very dramatic and theatrical, one could almost guess that Nielsen was immersed in performing arts when he was growing up. He was born in Copenhagen to a mother who was a famous actress and a father who was a theater director. His work was also influenced by Japanese woodcut artists, Persian miniatures and the English illustrator Aubrey Beardsley. 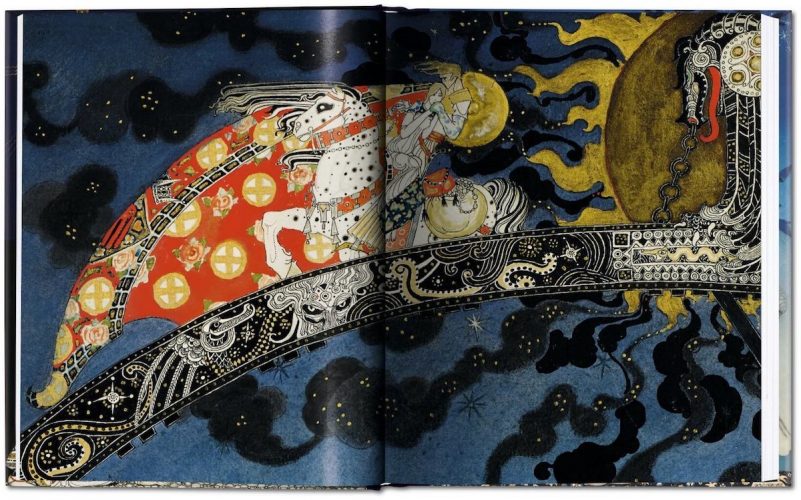 Having his drawings exhibited and bought by collectors in New York and London, Nielsen saw success at a young age. He worked at the forefront of avant-garde illustration in Europe and East of The Sun and West of the Moon was what he became most known for. He is considered one of the great artists of the golden age of illustration and had it not been for World War I making it difficult for illustrators to get work, I’m sure he would have had more recognition. Because of the Great War, illustrators’ work lost importance. Nielsen went on to be an art director for Disney and worked on the film Fantasia but soon struggled financially. He received commissions to create murals at three public places in Los Angeles but tragically he lived the last part of his life in poverty and was not the renowned artist he should have been. Thankfully his work is appreciated today and received great acknowledgment when it was incorporated into Fendi’s fall haute couture or second ever haute fourrure collection. 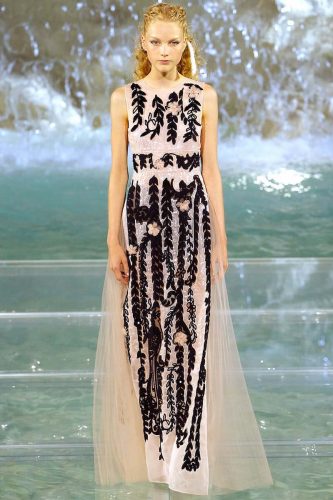 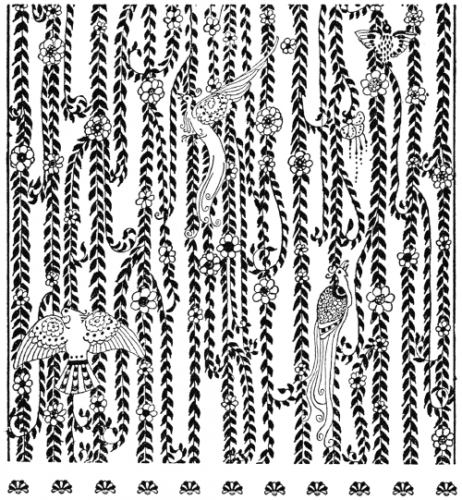 With Nielsen’s Illustrations portrayed on dresses, capes and coats, Lagerfeld’s inspiration was apparent. If pieces in the collection didn’t give it away, the name of the collection definitely hinted at it. It was titled Legends and Fairy Tales. 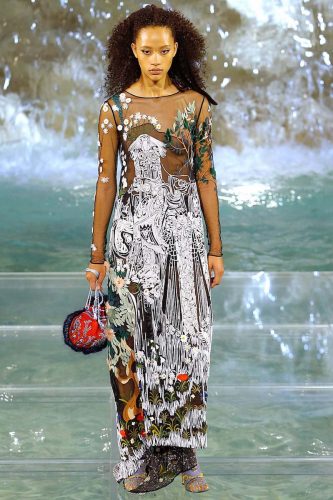 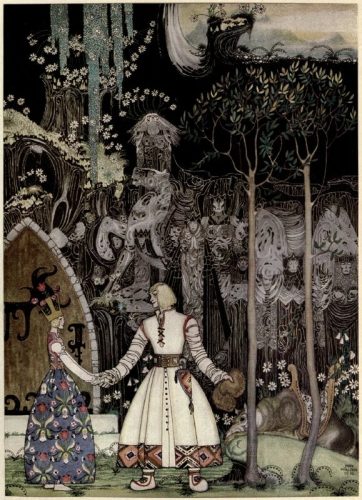 The legend Karl Lagerfeld definitely produced a fairy tale for the show. Okay that was cheesy but it is so true. It took place in Rome, where Fendi was founded, and had models walking on water. The venue was the Trevi Fountain and Plexiglas was placed over the fountain’s pool to create a runway. The show had a vey mystical feel and the fairy tale that Lagerfeld wanted was brought to life. He said, “To do this on a crystal bridge over the most famous fountain in the world? If that’s not a fairy tale, I don’t know what a fairy tale is.” – Karl Lagerfeld 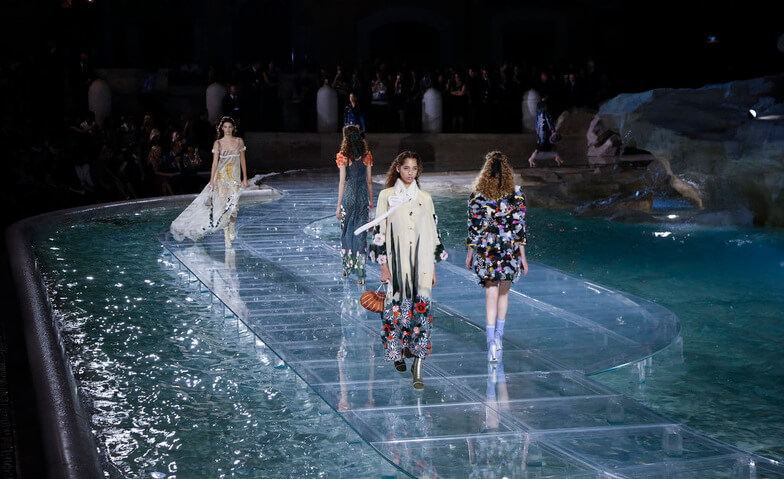 The show was the first-ever to be hosted at the fountain. Embellished chiffon, hand-painted designs and feathers were on display. Fur was used throughout the show and it was truly a testament to how innovative Fendi has been when it comes to designing and producing fur. One look took 1,200 hours to stitch; another was complete with 5,000 hand-cut holes. 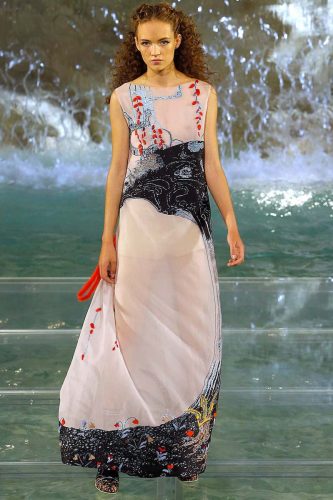 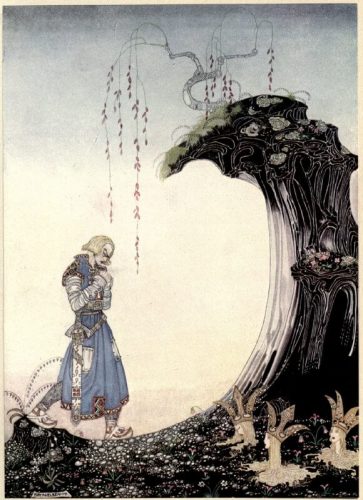 Fendi is truly a cutting edge fur house. Whether you are partial to wearing fur or not, which for the record I am not, it’s undisputable that they have broken every fur barrier in the business. Like Lagerfeld said, “We are not doing basic mink coats, we are a thousand miles away from that.” Fendi and Lagerfeld have accomplished so much in the fur industry that he came up with their double F logo. 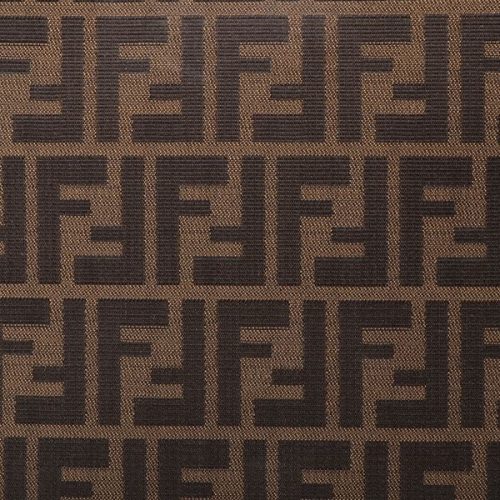 Fendi material with double F logo on it

It stands for “fun furs” and because of all that Lagerfeld has contributed to the brand, he has been called the sixth Fendi sister (there are five). When the show took place he had been with Fendi for 51 years. That’s quite a feat in the fashion world where such a long partnership is unheard of. I also think it should be said that they had the longest collaboration in fashion history. 54 years. 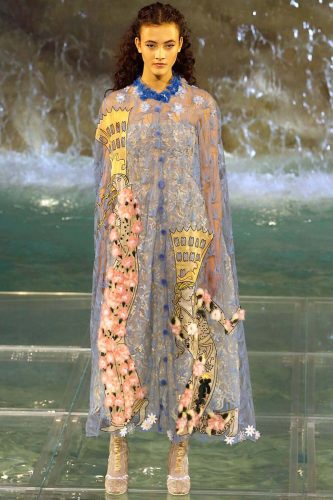 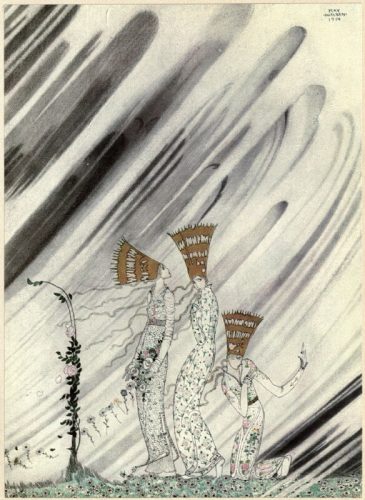 With extravagant shows already under his belt, like the one in 2007 staged on the Great Wall of China, Lagerfeld was not going to disappoint for the fashion house’s 90th year in business. 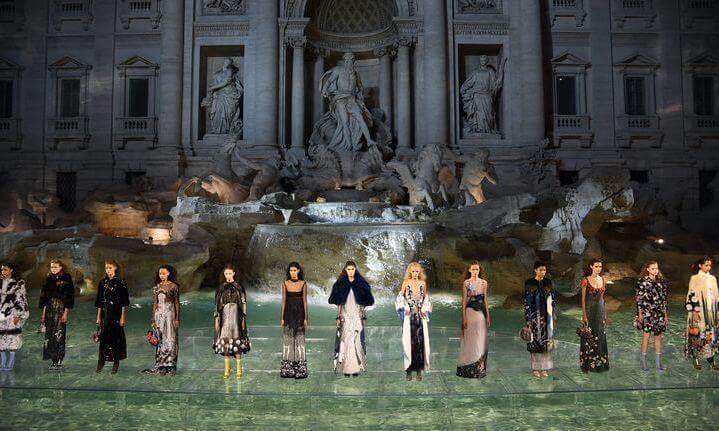 The backdrop of the show looked its best as the Trevi Fountain had just undergone a restoration, which Fendi paid for. They donated an estimated 2.4 million dollars, as a gesture of love, to the city where the fashion house first opened. They started with a small fur atelier and a leather goods workshop in Rome and grew to have Karl Lagerfeld closing a show and tossing a coin into the city’s legendary fountain. 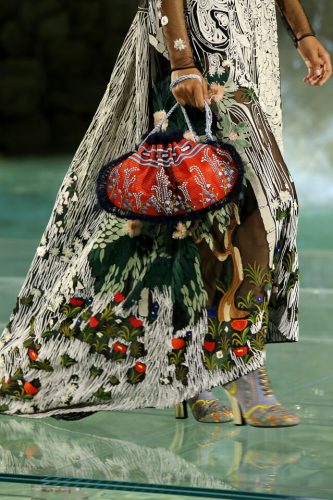 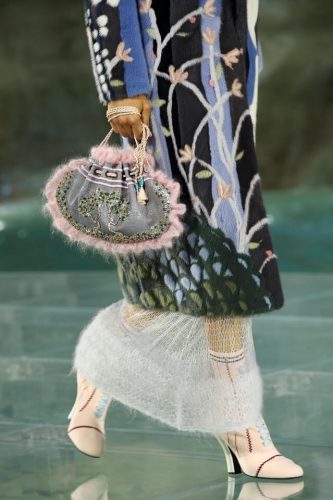 With such a magical show, one could only say the downfall was that those in the audience couldn’t see the meticulous details of looks as they came down the runway. Each look was a vision of Karl Lagerfelds. “I sketch everything myself…every model you see in shows is an original sketch by me. The première (head of the atelier) can see every detail and proportion,” said the creative director. The Fendi archives have more than 70,000 sketches done by Lagerfeld and we can’t wait to see what the fashion house comes out with next. 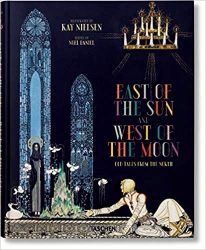 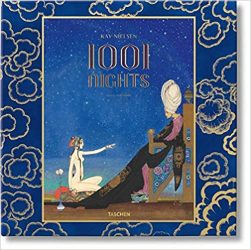 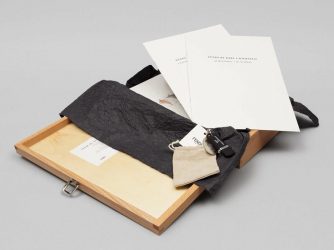